Assessing suicide risk in teens is a very serious task that should only be conducted by professional therapeutic practitioners. Be that as it may, before assessment, we strongly recommend that parents of a depressed, troubled adolescent be aware of their child's symptoms and, most importantly, know the signs of suicidal ideation. Of course, the consequences of a parent "not knowing," can result in utter tragedy. Needless to say, if you are the parent of a depressed teen, you will want to pay strict attention to their mental state and monitor it closely.

Suicide: 3rd Leading Cause of Young Deaths - Ages 15-24 (according to National Center for Health Statistics)

Teenage suicide is the third leading cause of death amongst adolescents - the only causes of teenage death that rank higher than suicide are car accidents and drug overdoses.

While almost all teenagers have a proclivity for acting on their raw emotions, there is a fine line between depression and suicidal tendencies. Moreover, it is critical for parents to seek professional help for their child as soon as their depressive symptoms are noticeable. By treating depression early on, parents can ensure their child's depression will not progress into suicidal ideation (obsessive suicidal thinking that causes teens to take their life).

While both female and male teens commit suicide, adolescent males are 3.6 times more likely to act on suicidal ideation than females (between the ages of 15-19). With that in mind, if you are a parent of a depressed teenage boy, you must be especially vigilant in finding proactive, therapeutic means to treat their potentially fatal, condition.

According to the Center for Disease Control - While it's true that more adolescent boys complete suicide, adolescent girls are actually much likelier to attempt suicide. According to the statistics of the CDC, most teenage girls who attempt suicide are simply desperate for attention. However, while their goal may be to receive attention from their family and peers, many girls who attempt suicide for attention are accidently successful of actually killing themselves. With this in mind, it is crucial for parents to seek immediate and professional treatment for a teenage girl who attempts suicide, no matter how impractical that attempt may be.

Teenage Suicide is Almost Always Due to Emotional Maturity 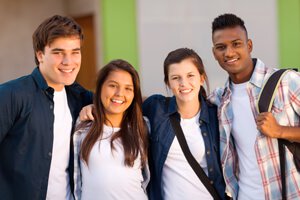 From the moment your child arrives at Elevations, it will feel like home.

Get The Help They Need