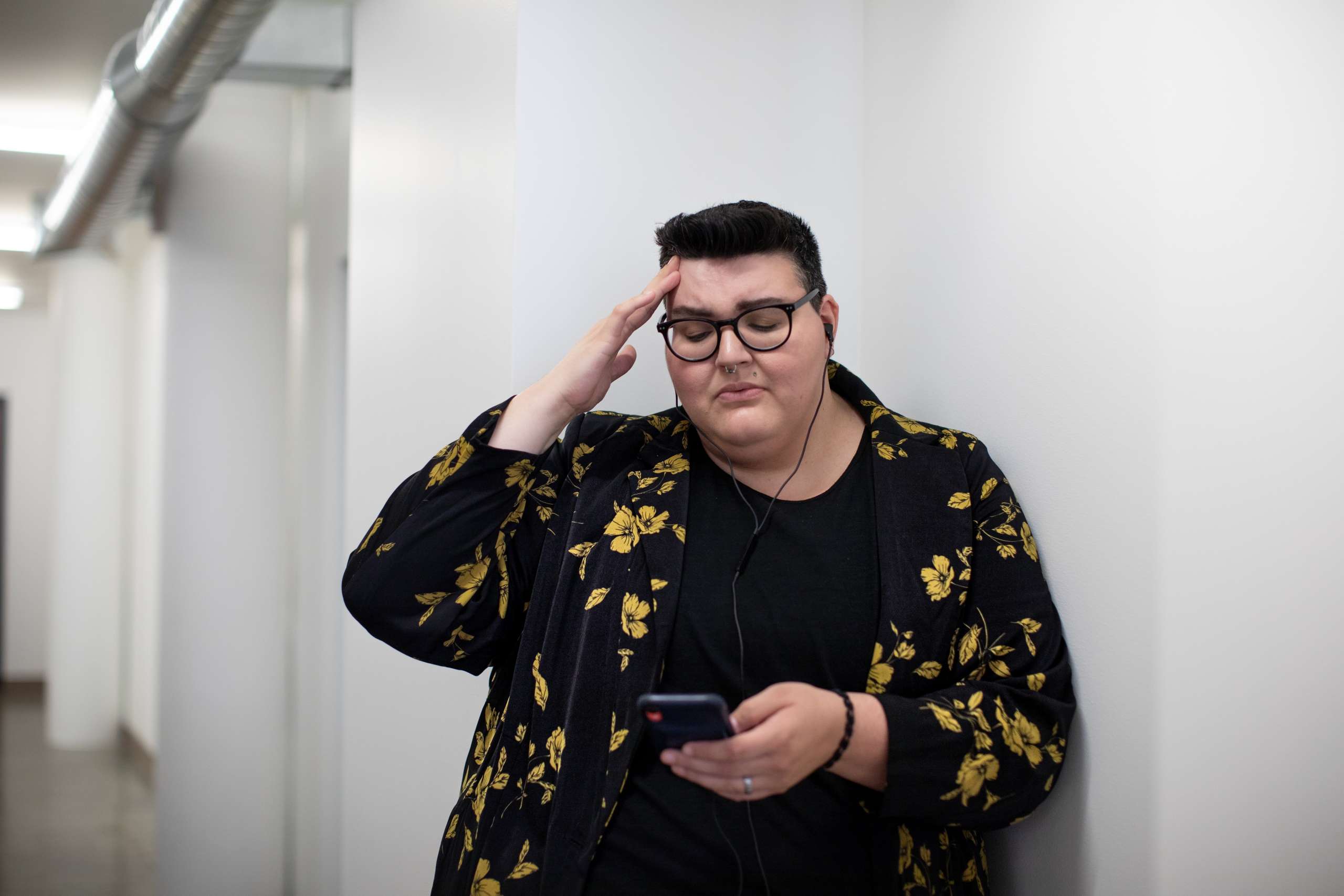 More teenagers are identifying themselves with nontraditional gender labels such as non-binary, transgender, genderqueer, or gender-fluid, according to a new study conducted by the University of Minnesota. Researchers found that 3% of teens did not identify themselves with traditional gender labels, compared to .7% of teens in a previous study by UCLA in 2017. Despite growing acceptance for gender nonconformity, the study suggests that gender non-conforming teens are twice as likely as cisgender teens to report symptoms of anxiety and depression. Mental health struggles are common in around 30% of all teens, but numbers are as high as 62% for gender non-conforming teens.

What does it mean to be gender non-conforming?

Teens who are gender non-conforming don’t necessarily struggle with gender dysphoria as consistently as transgender teens, which refers to discomfort caused by a mismatch between a person’s gender identity and their biological sex assigned at birth. While many transgender teens choose to transition to the gender they identify as, many gender non-conforming teens don’t identify with any particular gender identity.

They may see themselves outside of a gender construct or believe that their gender is fluid–some days feeling masculine, others more feminine, often androgynous. They do not feel the need to put themselves in boxes and are free to express themselves however they feel. However, this can be confusing for their family members and peers who are used to talking about gender in binary terms.

Why are gender non-conforming teens more vulnerable to depression and anxiety?

Coming out and beginning to express oneself authentically is meant to be empowering, but for a lot of teens, it has lead to negative experiences with gender stereotypes and bullying that have contributed to mental health issues. It is important to emphasize that gender nonconformity itself does not put a person at risk for experiencing anxiety or depression. Experiences of exclusion or feelings of insecurity that have resulted from being gender non-conforming (rather than contributed to) may explain why there are higher rates of depression and anxiety in this population.

As one’s gender identity shapes how they view themselves and how they relate to others, our therapists have been trained to understand how gender identity issues and fear of rejection may persist even after learning coping skills to manage anxiety and depression. For this reason, we have worked to cultivate an inclusive all gender environment that helps teens build a support system of understanding peers. We believe that a all gender environment that resembles the “real world” allows gender non-conforming teens space to focus on healing from their mental health struggles without feeling judged for their gender identity.

Elevations RTC is a program for adolescents ages 13-18 that are struggling with depression, anxiety, low self-esteem, impulsivity, and . We offer a multidisciplinary approach and provide college-preparatory academics, therapeutic recreation activities, and individual, family and group psychotherapy. Our goal is to teach students positive coping skills, communication skills, and self-care practices to help them manage symptoms of depression when stressors arise. Elevations gives students the tools they need to lead healthy, happy lives.

For more information about how we help gender non-conforming teens at Elevations RTC, please call .