PTSD in teens is an anxiety disorder developed after experiencing a traumatic, stressful event. In teens, PTSD symptoms are similar to those in adults. Symptoms include outbursts of anger, emotional numbness, flashbacks to the event, avoidance of people, places and things that remind the individual of the event, and lack of interest in previously enjoyed activities.

PTSD in teens causes teens to engage in reenactment of the trauma, which incorporates aspects of the trauma in a teens’ daily life. Teens are more likely than young children and adults to show impulsive and aggressive behaviors.

Elevations RTC and PTSD in teens 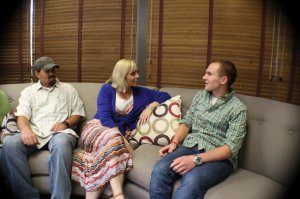 Elevations RTC, a all gender residential treatment center for teens ages 13-17, helps teens overcome PTSD, depression, anxiety, substance use and many other struggles. Elevations RTC utilizes Cognitive Behavioral Therapy, EMDR and DBT to treat PTSD in teens. Elevations RTC has a strong peer culture model, where other students help support those struggling with PTSD and other issues.

Elevations RTC uses a holistic approach which allows students to see how all of the aspects of their lives connect to each other. Family therapy is offered with weekly Skype sessions and visits reconnecting families in need of help.

A recent study identified the risk factors of PTSD in teens. The  large, epidemiologic study showed that the strongest vulnerability factors for PTSD included female sex, events involving interpersonal violence, and pre-existing anxiety and mood disorders before exposure to the worst traumatic stressor. According to University of Connecticut professor Julian D. Ford, Ph.D, “The results of this landmark study of trauma and PTSD in adolescence have substantial implications for practice, research, and policy in the field of child and adolescent psychiatry.”

A recent article discussed the study exploring the link between PTSD and genes. “We’ll draw the blood and have a way to do this very rapidly and start to tease apart who is a little more at risk and who is a little more resilient for PTSD,” says principal investigator Dr. Dewleen Baker of the University of California-San Diego. “It’s exciting.”

In the blood of Marines diagnosed with PTSD, the study found specific  biomarkers related to genes regulating immune function, which is the body’s first line of defense,as well as  interferon, a protein that starts up the immune system. In addition, this specific immune response occurred before and after exposure to trauma.

PTSD in teens defined by…